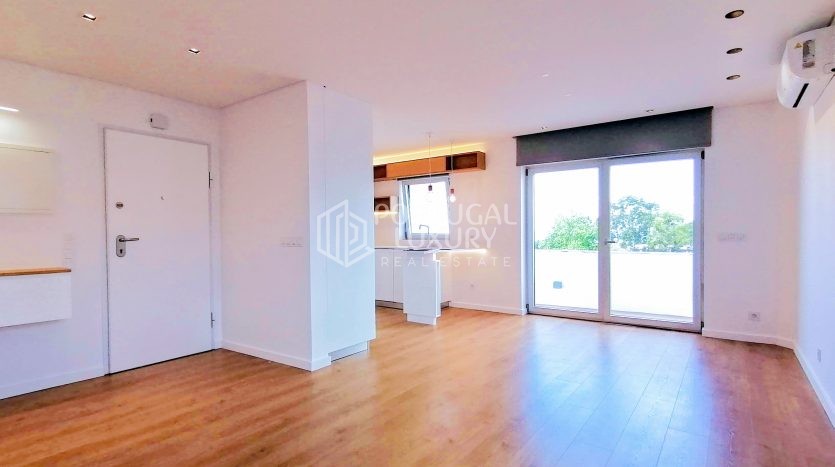 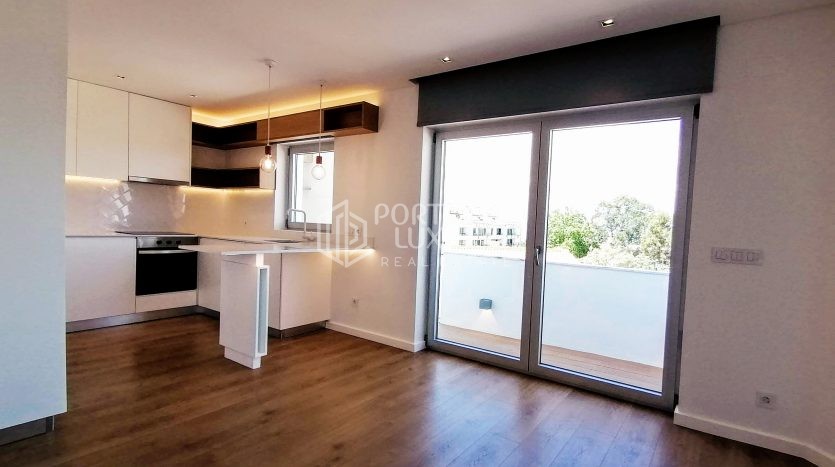 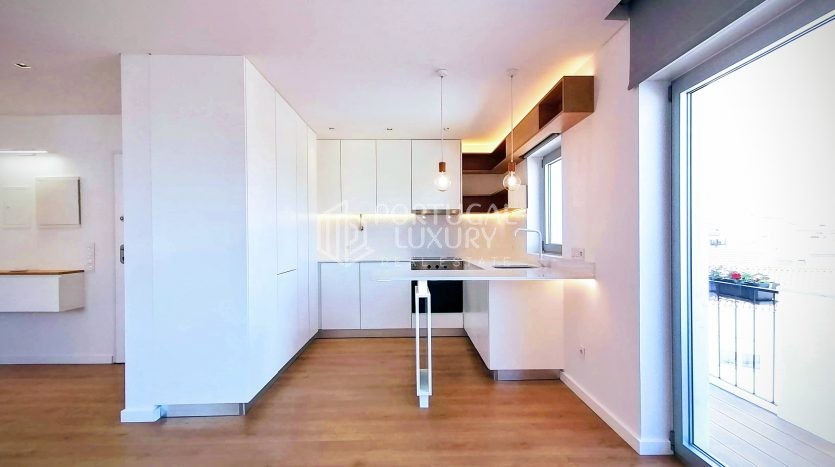 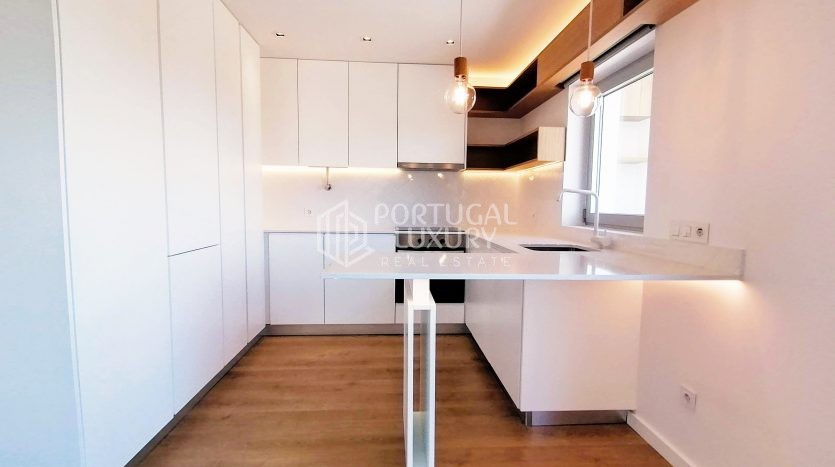 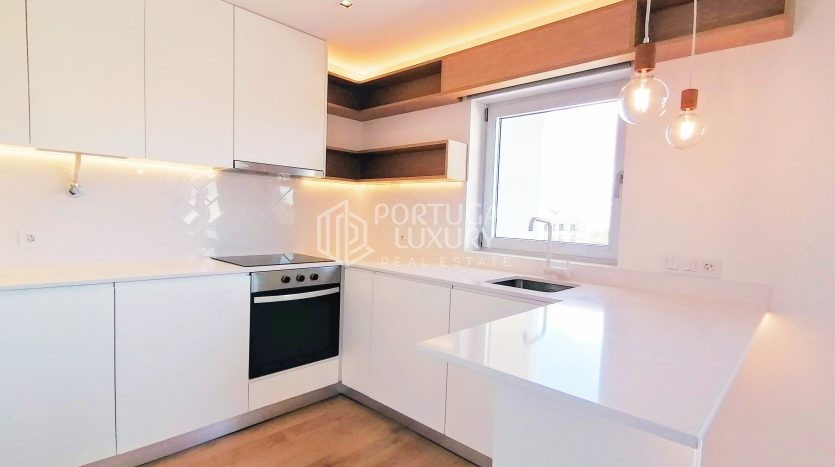 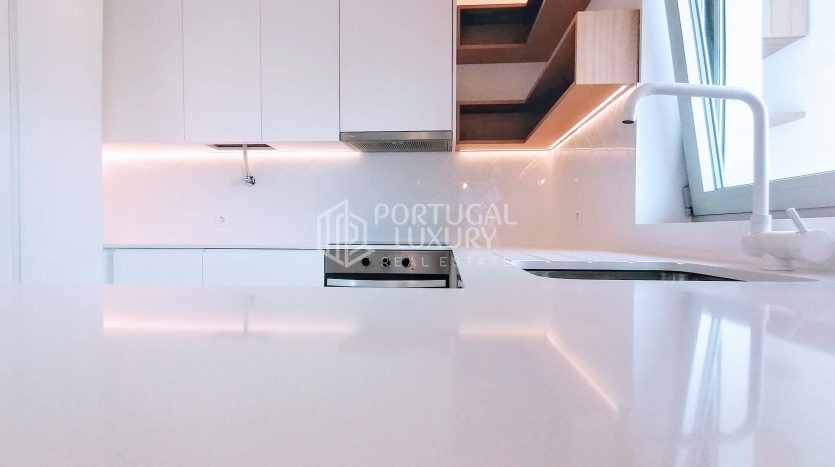 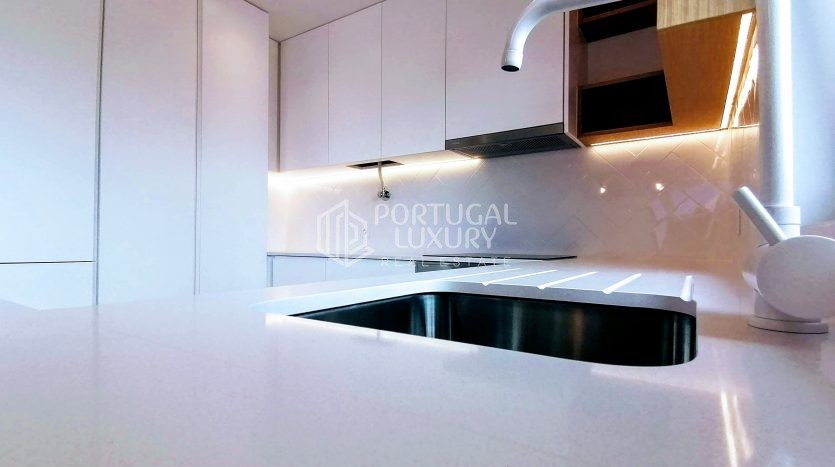 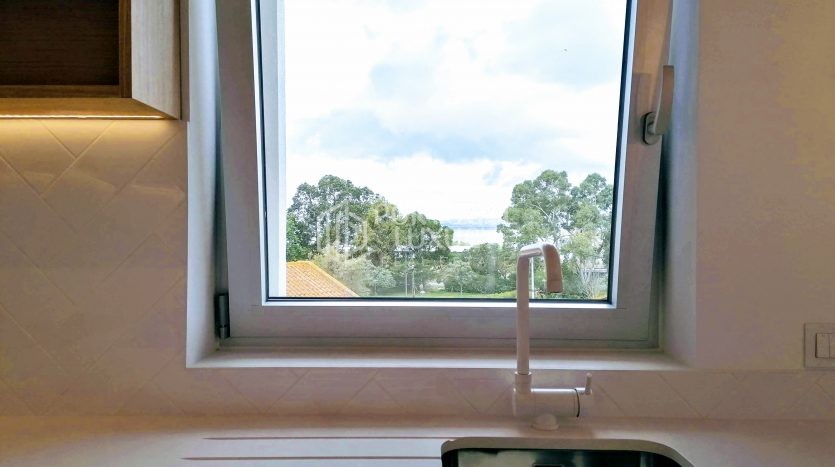 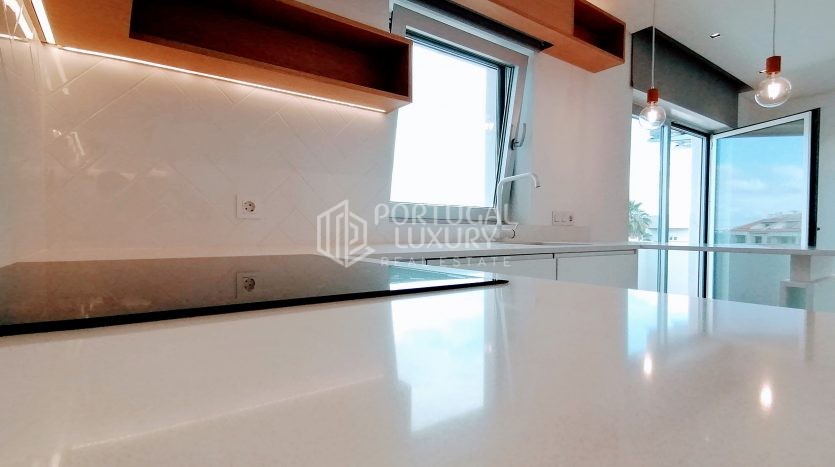 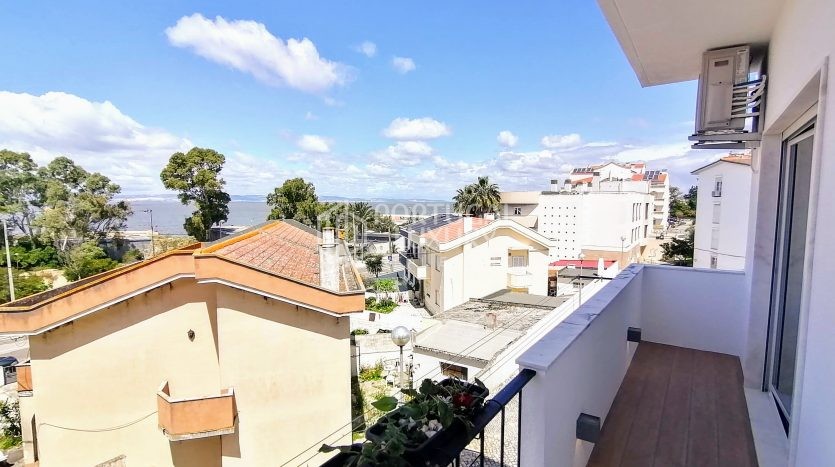 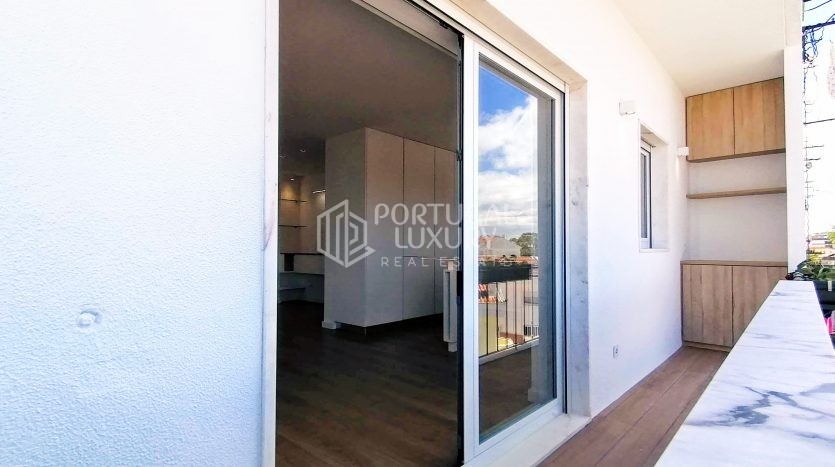 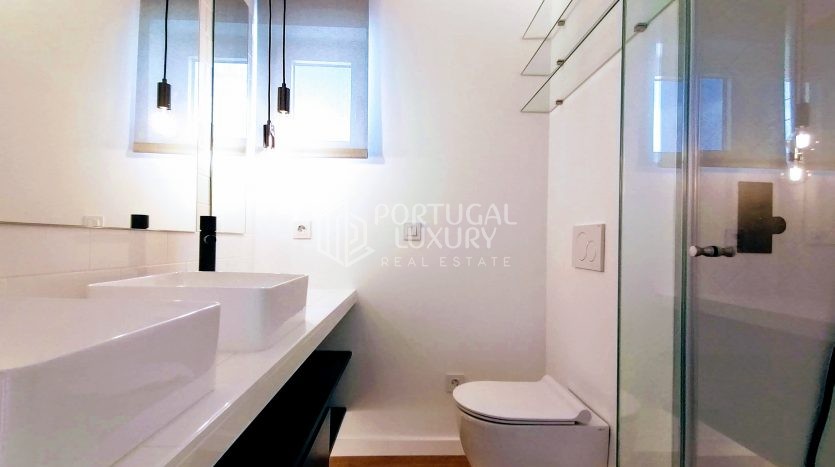 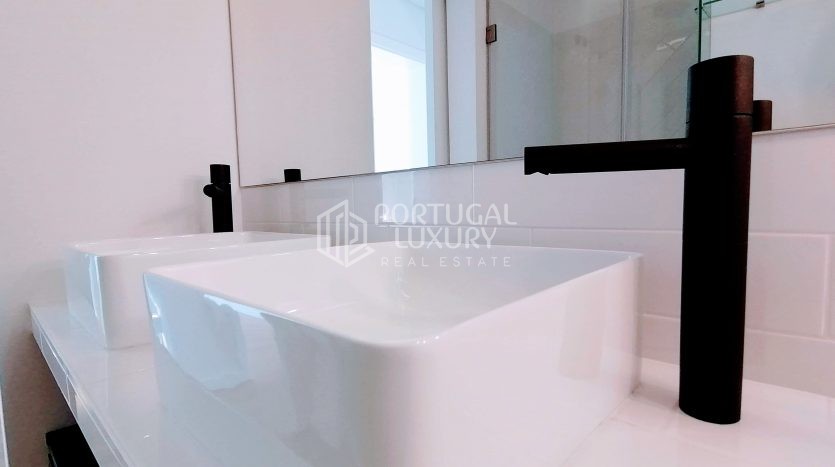 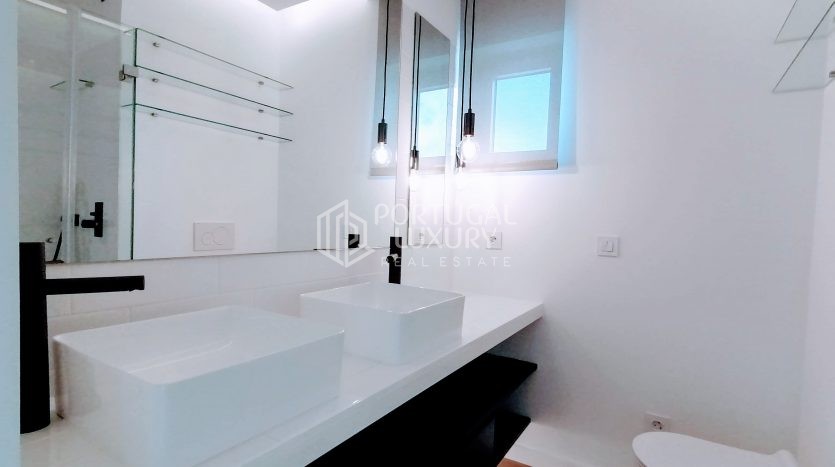 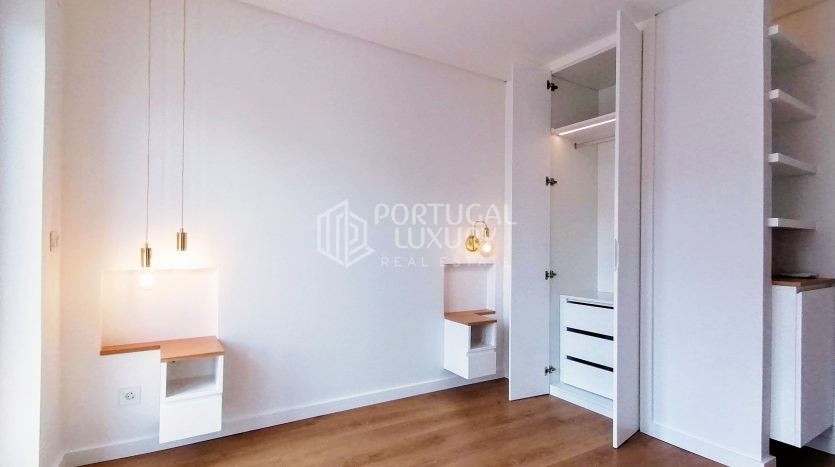 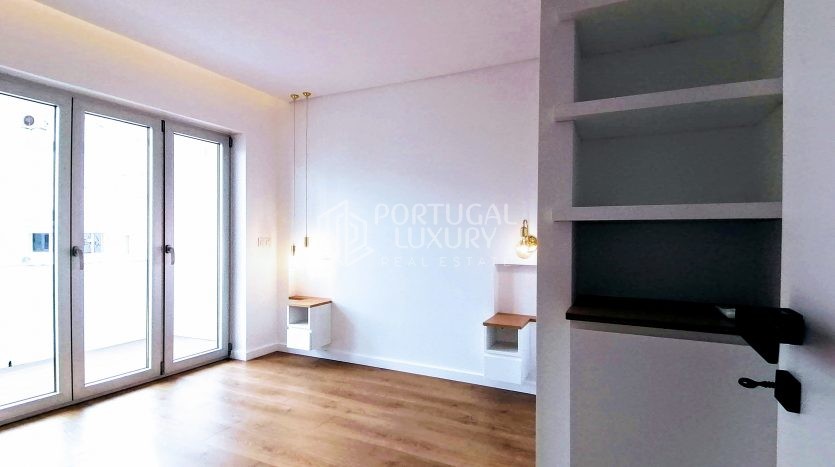 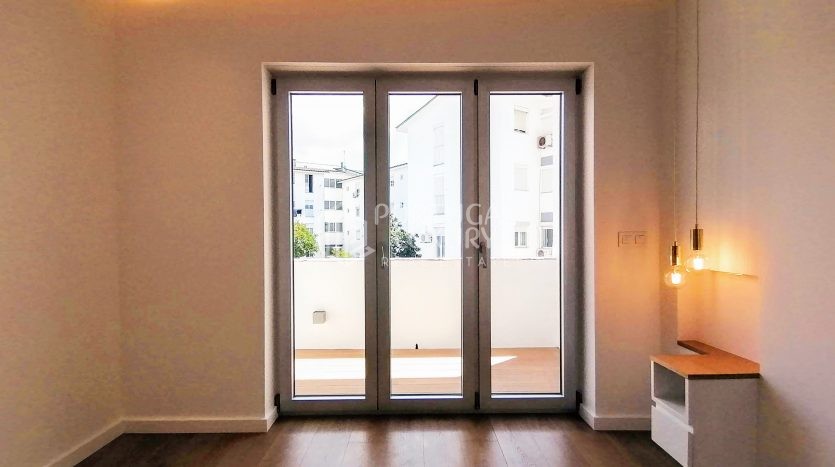 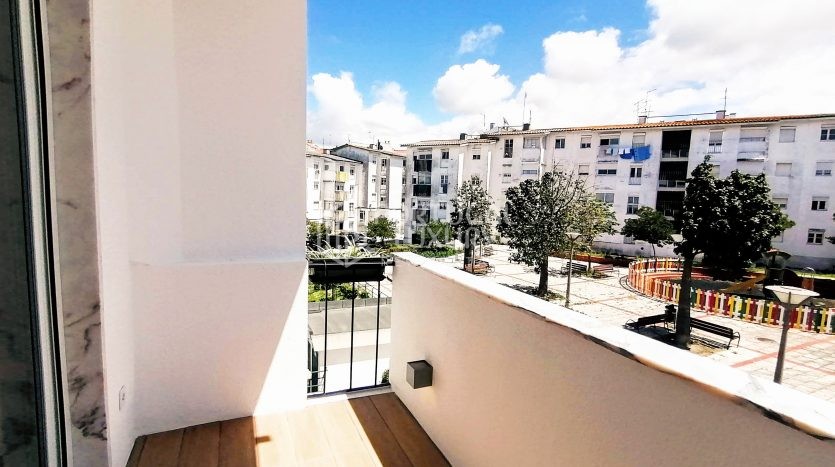 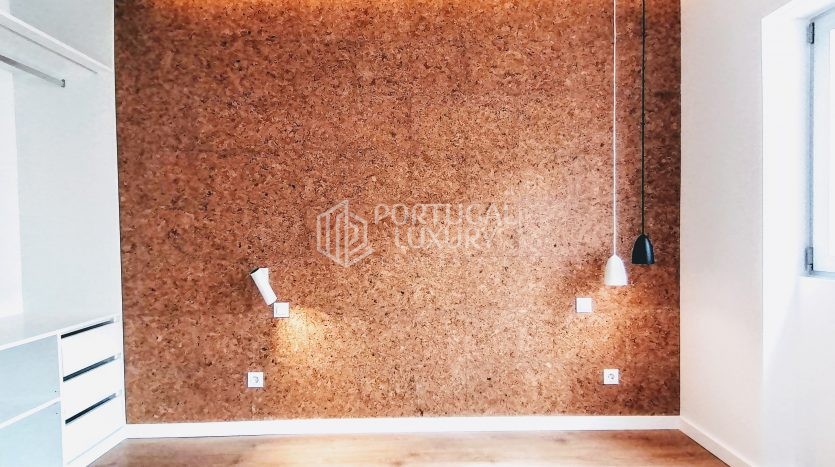 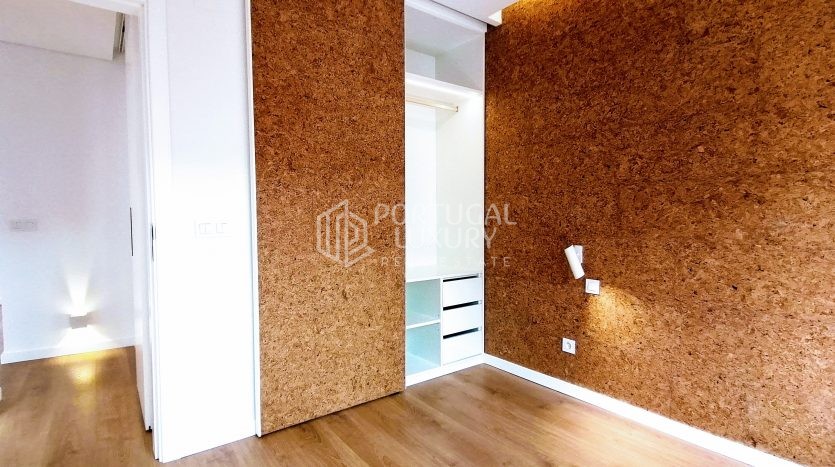 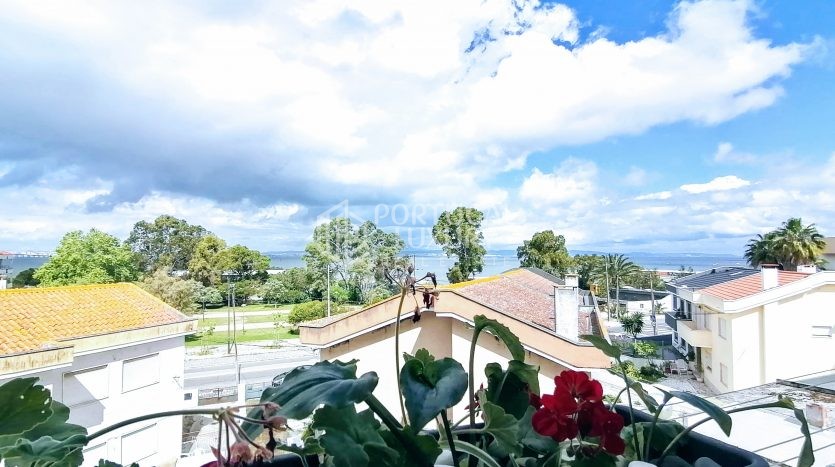 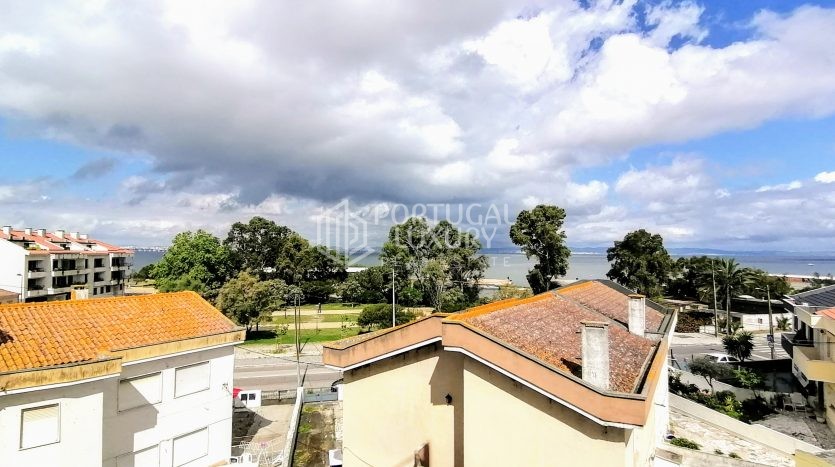 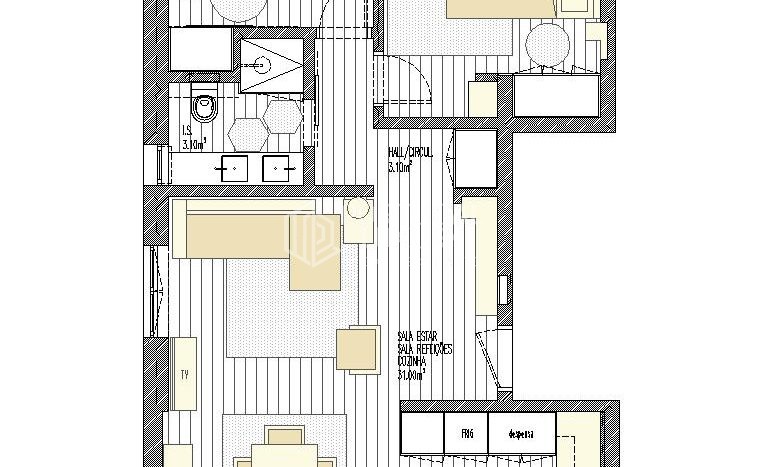 Located in Alcochete, just a few meters from the Tagus River and the beach and providing an extraordinary view as well as a lifestyle fulfilled with charm, you have this gorgeous two-bedroom flat that has been totally renovated recently. The flat is placed on an extremely peaceful square on the second line from the river, included on a building dated from the late 70s. Its renovation started by including new electric system and pipelines, in order to adapt the house to modern life demandings.

Originally, the flat presented very small rooms and a labyrinthine and confusing floorplan, which also made the house uncomfortably dark, and this was causing its nearly 70sqm to feel almost suffocating. The project had as its top priority the opening-up of all the spaces so that natural sunlight could come in, especially on the social area, and this would mean bringing down the unnecessarily large hall and one of the walls separating the kitchen from the living room. The kitchen was then opened to the living room and amplified, having currently a “U-shape” providing lots of storage space, an “L-shaped” counter with the sink in from of a window and an attached table where you can enjoy your breakfasts. The kitchen is fully equipped with last generation A-Class Teka appliances. The social area also offers a wonderful elongated balcony with frontal views over the river and a small counter where you can plug an electric grill. The bathroom was also submitted to a profound intervention, having a double-sink top, a suspended toilet seat and a glassed shower, being all the taps black-colored and designed by Bruma. The bathroom is illuminated by a squared tilt window and has a massive sliding door. The two bedrooms were also redesigned in order to include built-in closets and some distinct decorative features, such as a beautiful cork panel on the wall and another one covering the closet’s door in one of the bedrooms, and two built-in bedside tables on the bigger one, which also comes with a sunny balcony.

All the apartment is provided with anodized aluminum double-glazed windows, suspended ceilings with indirect lights on every room, laminated wooden floors inside and ceramic deck-shaped tiles outside, as well as Samsung inverter air conditioner devices.

Book your visit now and make sure you’ll get your own home by the river in Alcochete, one of Portugal’s most stunning towns. 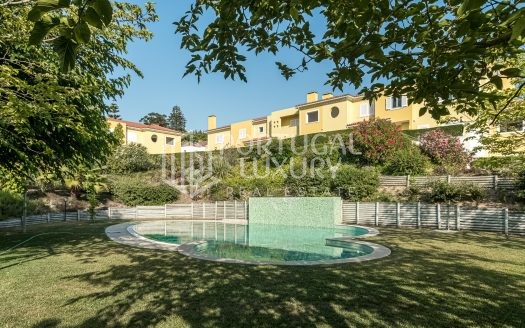 THREE-BEDROOM HOUSE AT A PRIVATE CONDOMINIUM... 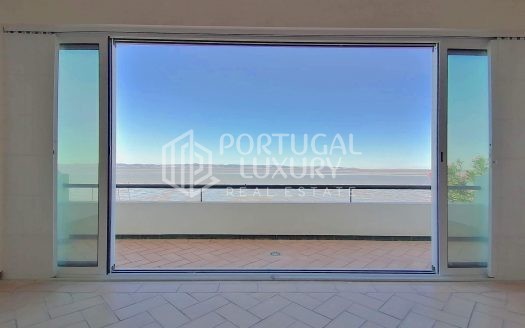 FOUR-BEDROOM DUPLEX FOR RENT IN ALCOCHETE 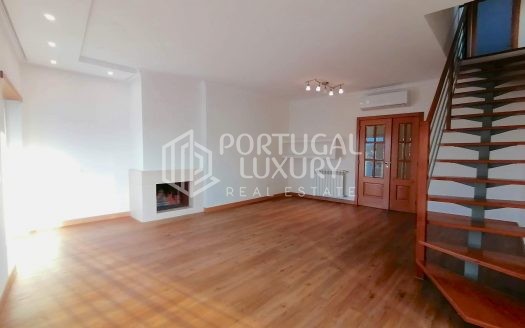 4-BEDROOM DUPLEX FOR RENT IN MONTIJO

Want to find out more? 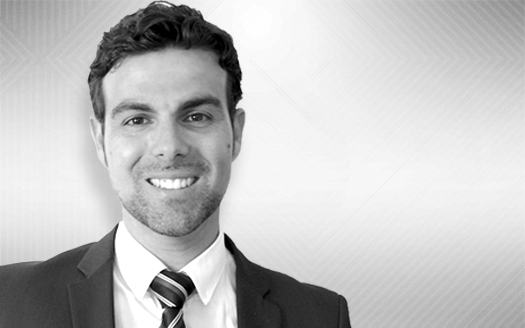